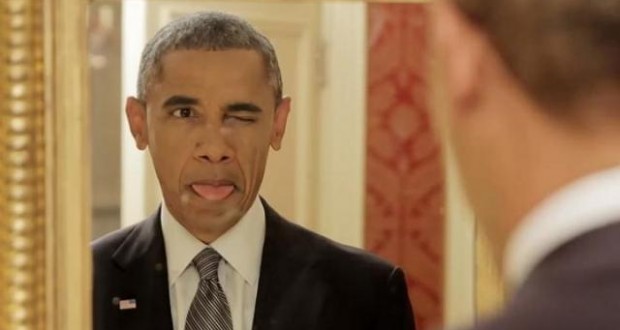 President Barack Obama starred in a commercials, Joinfo.ua reports. The video titled "Things Everybody Does But Does not Talk About" appeared on YouTube.

Video, whose main character was the U.S. president is a social advertising devoted to the issues of reforming the health care system.

"The things that everyone does, but does not talk about" is the concept of the video. It appears that American President is no different from ordinary mortal people – he takes selfie, checks himself out in the mirror, imagines he is a volleyball star and even draws.