Home / US / John Herbst: Putin will not stop

John Herbst: Putin will not stop

Shares
Former U.S. envoy to Ukraine John Herbst in convinced that Ukraine still has to be provided with weapons. 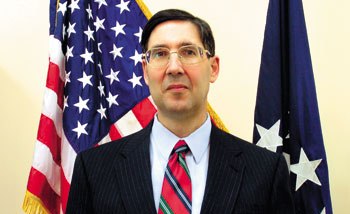 Ukrainian new agency The Day asked John Herbst, a former American envoy to Ukraine, his opinion on the issue of weapon delivery to Ukraine and whether the appointment of Ash Carter as a new head of the Pentagon would change the situation in Ukraine.

"Ash Carter said at his confirmation hearings earlier this month that he supports arming Ukraine. This is one more sign of support within the Administration for that policy. The President has not made up his mind, but I believe the violations of the ceasefire by the separatists around Debaltseve will increase the pressure in Washington for the President to agree to provide arms to Ukraine," John Herbst said for The Day.

"Ukraine should receive weapons, while it is not too late. Mr. Putin's ambitions in Ukraine do not end at Debaltseve. My advice for Washington is: 1) provide arms to Ukraine; 2) work with Europe to maintain and strengthen sanctions on Russia; 3) within NATO, increase defense measures in the Baltic states, and prepare contingency plans for a hybrid war there; 4) work with non-NATO members in the former Soviet Union to address the revisionist policies of the Kremlin," the official said.

Earlier, it was reported that Senators Lindsey Graham and John McCain expressed their indignation regarding the developments in Ukraine and the respond of Barack Obama, Angela Merkel, and Francois Hollande blaming them of legitimization of partition of Ukraine.