Shares
In the near future U.S. President Barack Obama will make the final decision on additional sanctions against the Russian Federation. 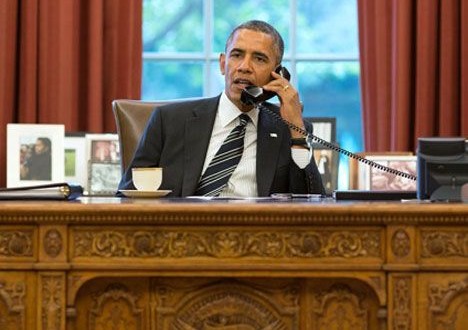 It was stated by U.S. Secretary of State John Kerry during a meeting with Foreign Minister of the United Kingdom Philip Hammond.

Secretary of State noted that "more serious sanctions" against Russia were already considered. Obama should take a decision concerning these measures in the near future, but the Secretary of State did not specify exactly when the sanctions would be adopted and entered into force.

Kerry stressed that earlier the head of the U.S. administration was trying make sanction influence only the Russian leadership without harming ordinary Russians. Now the United States is seeking to introduce restrictive measures which would have a broader effect. Their goal is to make the Russians question the policies implemented by Putin.

"I am confident some additional steps will be taken in response to the breaches of the ceasefire," Kerry summed up.

In addition, yesterday, February 22, U.S. Secretary of State said that in the coming days, Obama will make a decision on granting Ukraine weapons to counter Russian aggression.