Shares
Jeffrey Payette, Ambassador Extraordinary and Plenipotentiary to Ukraine, says that the separatists are a de facto extension of Russian military. 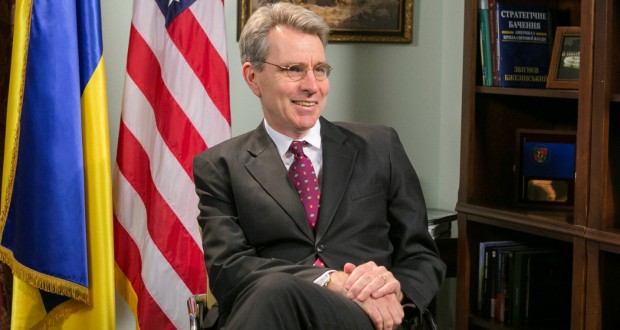 The separatists in eastern Ukraine at this point are a de facto extension of Russian military and an instrument of Russian national power, writes U.S. Ambassador to Ukraine on his Twitter.

He noted that he had evidence of Russian military personnel participating in the recent attacks on Vuhlehirsk and Debaltseve.

Also, according to the Ambassador, Russia consolidated control over the separatist movement in August by removing problematic separatist leaders who didn't follow Instructions.

It should be recalled that Ambassador Extraordinary and Plenipotentiary to Ukraine Jeffrey Payette said that this year, the U.S. military assistance to Ukraine would amount to about $ 120 million. Last year, financial aid was $ 118 million.