Home / US / McCain does not understand how U.S. can negotiate with Kremlin after Nemtsov’s murder

McCain does not understand how U.S. can negotiate with Kremlin after Nemtsov’s murder

Shares
U.S. Republican Senator John McCain criticized the current U.S. policy toward Russia, noting that in the situation with Putin one must call a spade a spade. 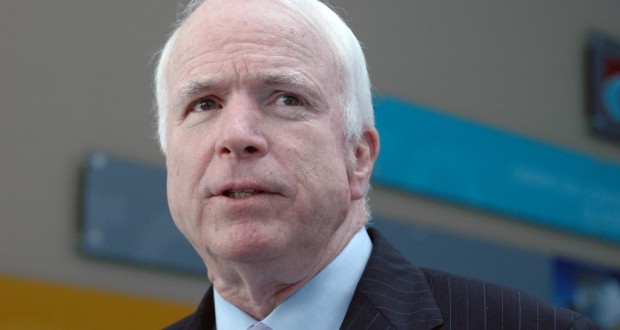 He said in an interview for MSNBC, Espreso.TV reports with reference to Ukrinform.

"Let's talk about what he is. I think he is a megalomaniac, that is intent on restoring the old Russian empire," McCain said.

He believes that it explains why "Putin believes that Ukraine is part of Russia, the Baltic he has put pressure on, Moldova." "Putin is going to go as far as he thinks he can," the senator said.

Meanwhile, the U.S. lawmaker called the foreign policy of the Obama administration "illusory" and said that the diplomacy of the Secretary of State John Kerry was doing nothing but racking up the miles.

McCain also expressed incomprehension why Kerry held talks with Russian Foreign Minister Sergei Lavrov after the murder of Boris Nemtsov and against the backdrop of Russia's intervention policy in Ukraine.