Shares
U.S. President Barack Obama signed the document on extension of sanctions against Russia for another year. 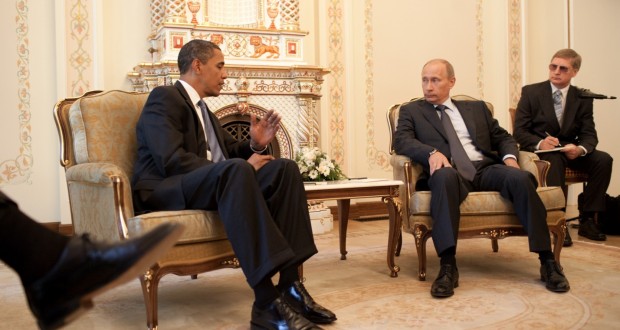 U.S. President Barack Obama signed a decree on extension of sanctions against Russia for another year, Joinfo.ua reports with reference to the official website of the White House.

March 6, 2014 U.S. President declared a "state of emergency in the country in connection with the attempts to undermine the democratic process in Ukraine, as well as to violate its sovereignty and integrity."

According to Obama, this situation creates "extraordinary threat to the national security and foreign policy of the United States."

After that, Obama signed three documents indicating a difficult situation in Ukraine and the fact of "Russian occupation of Crimea."

In late February, after a meeting with Russian Foreign Minister Sergei Lavrov in Geneva, John Kerry spoke at a press conference where he said that Lavrov was warned about the expansion of sanctions against Russia in the event of non-fulfillment of the Minsk Agreement.

U.S. sanctions against Russia relate to many Russian officials, entrepreneurs and companies. This list also includes the officials of the previous government and leaders of the DPR and LPR rebels.