Home / US / Victoria Nuland: We need to deepen sanctions in case of violation of Minsk Agreement

Victoria Nuland: We need to deepen sanctions in case of violation of Minsk Agreement 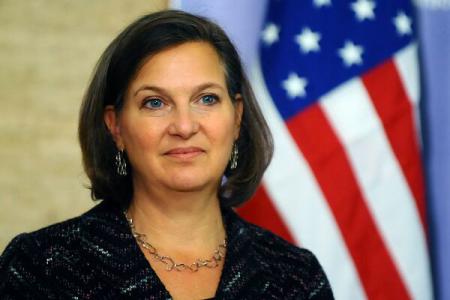 Victoria Nuland, U.S. Assistant Secretary of State, said the U.S. and EU were discussing the possibilities of deepening sectoral sanctions against Russia in case of violation of the truce with Ukraine, Joinfo.ua reports with reference to Reuters.

According to her, information about heavy shelling, fighting near Donetsk and in the Mariupol direction can not but causes concern.

"Our sanctions team is in Europe this week."

She said it was important that the United States was in line with Europe on additional sanctions that will be imposed on Russia if the ceasefire worked out in Minsk last month is "further violated or if there is a further land grab."

She stressed that since the conclusion of the Minsk agreement in mid-February, it has been more than a hundred cases of ceasefire violation.