Shares
During a hearing at Europe and Regional Security Cooperation Subcommittee Garry Kasparov, well-known Russian opposition leader, the chairman of the Human Rights Foundation, made some loud statements regarding the policy of Putin, Russian aggression against Ukraine and the murder of his colleague Boris Nemtsov. 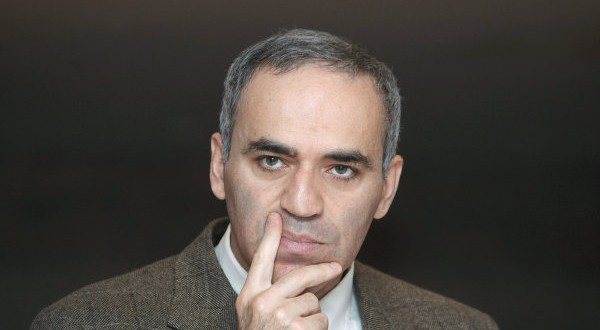 Joinfo.ua informs that Kasparov believes that that the murder of Boris Nemtsov involved Putin's elite, who think there is nothing impossible for them.

"Boris was an outspoken critic of the police state, which does not tolerate critics. His constant presence had regularly baffled the growing totalitarian dictatorship that can not afford even a small piece of truth," Kasparov said.

Kasparov said that the latest Nemtsov's report "was dedicated to the presence of Russian troops in Ukraine, Putin's military struggle against a vulnerable democratic state in Europe."

"Boris Nemtsov was killed because it could happen. Putin and his elite believe that after 15 years in power, there is nothing impossible, there are no lines they can not cross," Kasparov said.

Thus, according to the politician, the world must stop wasting time on Putin and seek out those who are able to remove him without much pain.

According to Kasparov, Putin urged the Russians that the sanctions imposed by the West due to its aggression against Ukraine, would be lifted. Now the Russians must be convinced of the opposite.

Kasparov also emphasized that Russia's fate is decided in Moscow, and the middle class perceives Putin differently compared to the rest of the Russian citizens.