Home / US / Congressmen to Obama: Show an example to Europe, give Ukraine lethal weapon!

Congressmen to Obama: Show an example to Europe, give Ukraine lethal weapon!

Shares
The U.S. Congress recommends that Barack Obama did not wait until the Russian invaders seize Kharkiv and Mariupol. 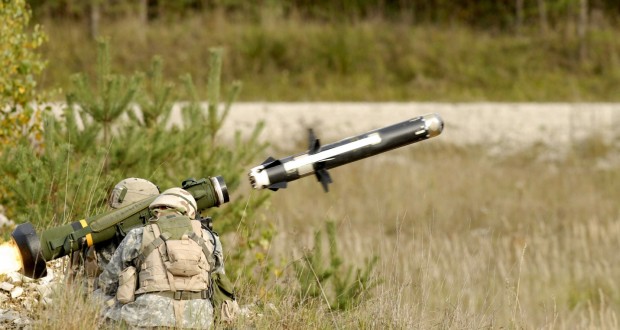 Once again, the U.S. Congress appealed to Barack Obama to make a decisive action against Russian aggression. The members of a bipartisan group of the House of Representatives and the Chairman of the House sent an appeal to U.S. President Barack Obama with the demand to provide Ukraine with lethal weapons, Joinfo.ua reports.

The full text of the letter is published on the official website of John Boehner, the Speaker for the House of Representatives.

"In the wake of a cease-fire agreement that appears only to have consolidated Russian and separatist gains since the first Minsk agreement, and in anticipation of the near certainty that Russia and its separatist proxies continue their efforts to destabilize Ukraine and seize additional territory, we urge you to quickly approve additional efforts to support Ukraine's efforts to defend its sovereign territory, including through the transfer of lethal, defensive weapons systems to the Ukrainian military," the letter writes.

The Congressmen ask the American leader to lead the Europe, defying the attack on the international order.

"We should not wait until Russian troops and their separatist proxies take Mariupol or Kharkiv before we act to bolster the Ukrainian government's ability to deter and defend against further aggression," the letter reads.

"We understand your desire to prioritize unity of effort with Europe, and we believe our European and NATO allies should make clear that Russian aggression in the heart of Europe is unacceptable with deeds as well as words.

But we urge you to lead Europe in challenging this assault on international order, lest our foreign policy be held hostage by the lowest common denominator of European consensus. In the face of Russian aggression, the lack of clarity on our overall strategy thus far has done little to reassure our friends and allies in the region who, understandably, feel vulnerable. This needs to change," the Congressmen note.

"The Congress has already, with overwhelming bipartisan support, provided you with the authority, resources, and political support to provide assistance, including lethal, to the government and people of Ukraine. We urge you in the strongest possible terms to use those authorities and resources to meet the specific and direct requests the government of Ukraine has made of your administration," the letter emphasizes.

Also it was reported that the Polish government intended to make a decision on providing Ukraine with lethal weapons.