Shares
NATO General Philip Breedlove claims that the Russians will militarize Crimea, creating a base for further aggressive actions. 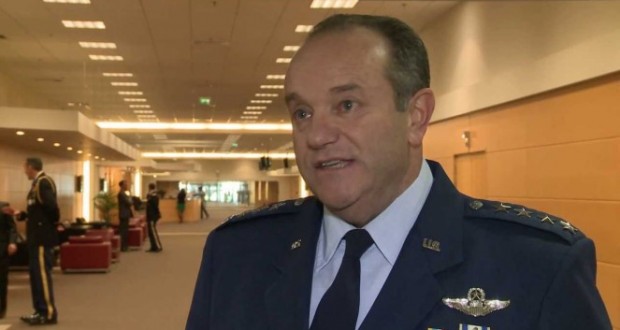 NATO General Philip Breedlove believes that Russia carries out the militarization of Crimea by placing modern types of troops there and preparing a springboard for further aggression, Joinfo.ua reports with reference to 1+1.

"Russia deploys modern forces, aviation, and navy on the peninsula. We see how Crimea has become a springboard for further use of force," Breedlove said.

Philip Breedlove also noted that there was a threat to other countries of the former USSR from Russia.

"I think there are clear signals that the Russians can go to where the Russian-speaking community is. Moldova and Transnistria are the places which need to be taken a closer look at," NATO commander warned.

The American General did not confirm the withdrawal of heavy weapons by the Donbas separatists.

"Now we can not confirm the withdrawal of troops. We see heavy artillery, which moves on both sides of the line of collision, but we do not know what happens with artillery to the East of this line, because the OSCE observers are not allowed to get there. So we see that they are moving, but do not know whether they come back, or just change the location, preparing for the new collisions," Breedlove said.