Home / US / U.S. counts how many Russian soldiers died in Ukraine

U.S. counts how many Russian soldiers died in Ukraine

Shares
U.S. intelligence suggests that at least 400-500 Russian soldiers were killed in Ukraine. 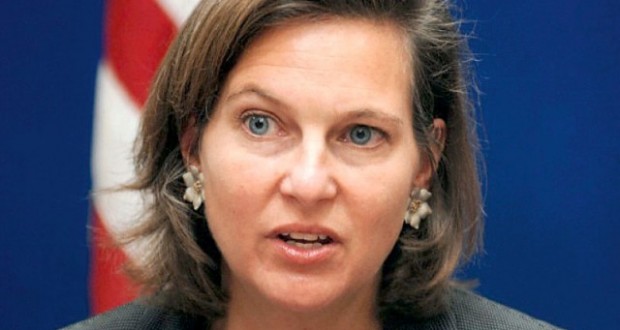 Victoria Nuland, U.S. Assistant Secretary of State for European and Eurasian Affairs, reported at the hearings in the U.S. Senate that Moscow continued to deny its military presence in the Donbas. According to her, the U.S. does not have the exact numbers of dead Russian soldiers, but intelligence suggest at least 400-500 Russian soldiers were killed in Ukraine, Joinfo.ua reports with reference to Voice of America.

Nuland underlined that despite the withdrawal of some weapons from the conflict zone by separatists, the United States could confirm that in the last few days, Russia had supplied the separatists with new tanks, armored personnel carriers, heavy artillery, and rocket launchers, sending it through the Ukrainian-Russian border.

Meanwhile, a representative of the U.S. Department of the Treasury Ramin Toloui said that in the last few months, the international community had decided to increase support to Ukraine and to allocate additional $ 10 billion to support its economy in light of the ongoing Russian aggression.

Toloui also said that in the second half of this year, the United States would provide the Ukrainian government with an additional loan of $ 1 billion.

He stresses that Moscow does not hurry to demand Ukraine to repay the loan of $ 3 billion provided to Kyiv during the last weeks under the former president Viktor Yanukovych. The negotiations on return of these funds are being conducted with the IMF, said the representative of the U.S. Department of the Treasury.