United States: within a year $ 151 billion ‘run away’ from Russia

Shares
Over the last year, the flight of capital from Russia reached a record point - $ 151 billion. It was announced by Deputy Secretary of State Antony Blinken. 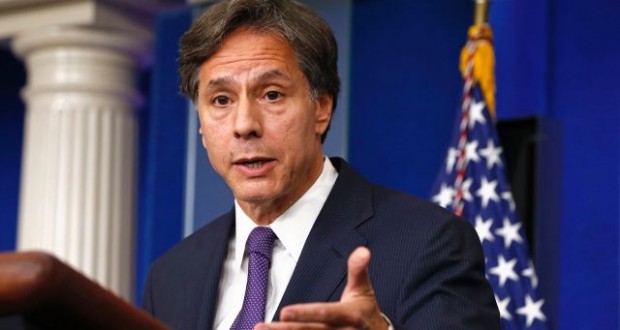 Blinken said that America was trying to raise fees for Russia for its destabilizing and destructive acts in Ukraine, Joinfo.ua reports.

"We hope these diplomatic efforts will lead to a lasting peace in eastern Ukraine, but we are prepared to increase the costs until Russia and the separatists it supports live up to the commitments they made under the September and February Minsk agreements," said Deputy Secretary of State.

He stressed that the U.S. and the EU had worked in tandem, consistently imposing new levels of tough sanctions to force Russia to change its course. "As a result, Russia's economy is in free fall. The ruble's value has declined fifty percent. Roughly 151 billion dollars in capital has fled the country. Russia's economy is predicted to fall into recession this year. Russia's credit rating is now at junk status," Blinken said.

The politician added that for Russia, the drop in oil prices has made the problem even more acute. "However, I need to underscore that the purpose of our response is not to impact the Russian people or topple Putin. It is simply a reaction to Russian actions in Crimea and eastern Ukraine to persuade Moscow to cease its aggression," Blinken summed up.

Earlier, Blinken said that Washington had been engaged in training of the Ukrainian soldiers. He added that the Russians should not be afraid of the Americans, and "care more about how to withdraw their military vehicles, tanks and artillery they have supplied the separatists with."