Home / US / Ted Cruz announces he runs for President

Shares
The Texas Republican Ted Cruz is the first to officially declare himself a candidate for the 2016 presidential elections. 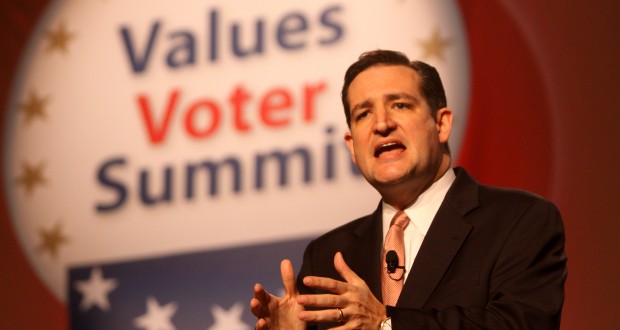 Cruz is popular among conservative Republicans and is constant and implacable critic of the Obama administration. He consistently opposed his health care reform, known as ObamaCare.

Besides Cruz, the struggle for the right to represent the Republican Party in the presidential election is likely to involve about 10 people. Among them, Jeb Bush, Governor of New Jersey Chris Christie, Senators Marco Rubio and Rand Paul, the governor of Wisconsin Scott Walker, the former governor of Arkansas Mike Huckabee and Congressman Paul Ryan.

"He previewed his strategy while speaking to groups in early primary states and at the Conservative Political Action Conference a month ago, describing a grassroots movement that spreads nationwide his message of staunch conservatism, including a hawkish foreign policy and opposition to same-gender marriage. He's called on voters to participate in a "grassroots guerrilla campaign" modeled on the one that propelled him to a long-shot Senate victory," the Washington Post writes.

"The only way we're going to make this happen is by building a grassroots army in New Hampshire and in all 50 states," he said.

The most likely candidates from the Democratic Party are the former secretary of state, former first lady Hillary Clinton and Vice President Joe Biden. So far, they did not announced their decision to participate in the presidential race officially.