Home / US / U.S. Senator accused of taking bribes from his doctor friend

U.S. Senator accused of taking bribes from his doctor friend

Shares
U.S. Department of Justice accused the Senator Robert Menendez of taking bribes from his ophthalmologist friend in exchange for the promotion of the doctor's interests using his influence. 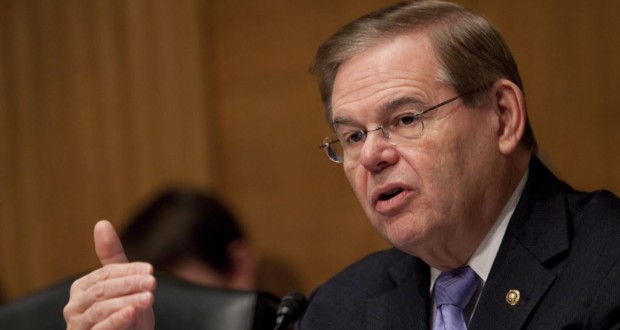 The charge consisted of 14 items, among them – conspiracy and perjury, and eight cases of bribery, Joinfo.ua reports with reference to Voice of America.

Menendez, the highest-ranking Democrat in the Senate Committee on Foreign Affairs, confessed to committing actions that could benefit Dr. Salomon Melgen. In particular, he applied to the health institutions with inquiries about the billing rules and procedures. In turn, the doctor gave Senator presents, including trips abroad on his own plane.

According to a Democratic senator, he did not commit anything illegal and he has had friendly relations with Melgen for several decades. Menendez said he was furious about the charges and dismissed them as false. "I am outraged that prosecutors at the Department of Justice were tricked into starting this investigations three years ago with false allegations by those who have a political motive to silence me but I will not be silenced," said the senator.

During the investigation Menendez temporarily left his position in the Senate Committee. He can be substituted by his fellow Senators Barbara Boxer and Benjamin Cardin. At the same time, he did not intend to leave the politics. "I'm not going anywhere. I am angry and ready to fight because today contradicts to my public service career and my entire life," said Menendez.

It should be recalled that Menendez is one of the ardent supporters of Ukraine in the U.S. Congress. He has repeatedly called on the Obama administration to provide Ukraine with weapons in response to "direct intervention" in a sovereign state by Russia.