Home / US / Monument to Snowden erected in New York

Shares
The bust of Snowden was set up on April 6 in Brooklyn in Fort Greene Park near the National Memorial. But a few hours later the statue was removed. 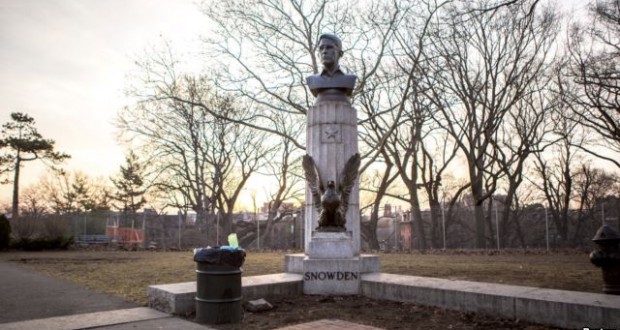 In New York, a group of unidentified activists set up a bust of the former U.S. intelligence officer Edward Snowden, who is hiding from American justice in Russia, Joinfo.ua reports.

The bust of Snowden was set up on April 6 in Brooklyn in Fort Greene Park near the National Memorial. A few hours later the statue, whose height is 1.2 meters, was removed from the park by the order of its administration.

Animal New York writes that the action was organized by a group of artists, who are fond of Snowden and his action.

Since August 2013 Snowden has been in exile. While serving in U.S. National Security Agency, he withdrew thousands of secret documents and in June 2013 he unveiled them in some publications in the media.

It should be recalled that in the end of the last year in Sweden, the U.S. intelligence whistleblower Edward Snowden won the Right Livelihood Award.