Home / US / Union of Germany and Russia is main threat to U.S.

Union of Germany and Russia is main threat to U.S.

Shares
It is a possible alliance between Germany and Russia rather than Islamic terrorism that is the main threat to the U.S. This opinion was expressed by George Friedman, the founder and director of the U.S. intelligence and analytical company Stratfor. 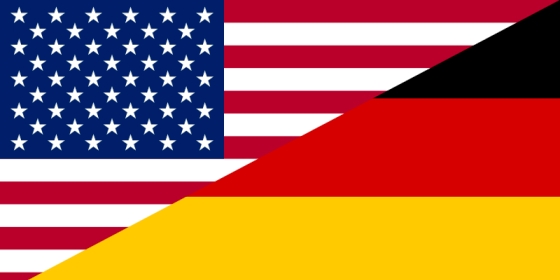 During a lecture at the Chicago Council on Global Affairs, he said that America must do everything to prevent the merging of economic power of Germany with the resources of Russia, Joinfo.ua reports referring to actualno.com.

"The primordial interest of the United States, over which for centuries we have fought wars-the First, the Second and Cold Wars-has been the relationship between Germany and Russia, because united there, they're the only force that could threaten us. And to make sure that that doesn't happen," said Friedman.

According to Friedman, the U.S. is already in a war to separate Germany and Russia, and this war has affected Ukraine and will affect whole Europe.

He added that the Ukrainians needed to find someone who could help them – and so far, it is the United States.

"Last week, General Hodges, commander of the "U.S. army Europe" visited Ukraine, he announced that U.S. trainers would now be officially coming, not just unofficially coming. He actually pinned medals on Ukrainian fighters, which by protocol of the military actually is not the way, foreigners don't get to pin on medals, but he did. Showing that this was his army, he then left and in the Baltics announced that the United States would be prepositioning: armour, artillery, and other equipment in the Baltic's, Poland, Romania, and Bulgaria, which is a very interesting point. So the United States, and now yesterday the United States announced that it will be sending weapons. Tonight of course they denied it, but they are, weapons will go," said Friedman.

He noted that the Russians needed at least neutral Ukraine, but not pro-Western. "Now, whoever can tell me what the Germans are going to do is going to tell me about the next 20 years of history. But unfortunately the Germans haven't made up their mind. And this is the problem of Germany always, enormously economically powerful, geopolitical very fragile and never quite knowing how to reconcile the two," concluded Friedman.