Shares
With her experience and "pushy force" Hillary Clinton would be an excellent president of the United States - the golden mean between recklessness of George W. Bush and carefulness of Obama, writes political scientist James Rubin in The Sunday Times. 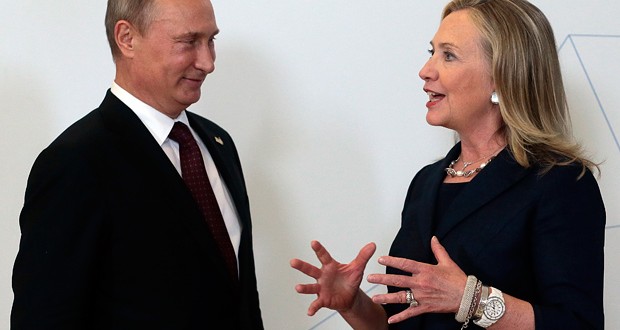 On the pages of The Sunday Times, a political scientist James Rubin writes that Clinton would have foreseen Russian "aggression" and would not have been ceremonious with Vladimir Putin, showing determination – "the only language the Russian leader understands." According to Rubin, Hillary Clinton is straightforward about her views and approach. She will not dwell on petty offenses for a common goal and positive results, she can stand back and "is not shy to consider America a force for good in this dangerous world." Clinton admits that her country is the immutable leader, and that "many good things would not have been made without it," Joinfo.ua reports.

Hillary knows how the political process works and how to ensure it work, despite all the difficulties. After all, the current administration is "incredibly effective at creating obstacles to progress," the author notes. And Clinton is able to find the right language with everyone from assistants to government leaders.

"Let's face it, when Obama became president, his skills did not include the ability to convince an entire room of political leaders to discuss risky political compromises. And behind closed doors, Hillary could make anyone say "yes" – whether it were Republican senators or world leaders," says Rubin.

Clinton is, as they say, "old bird" in every respect. For 8 years as First Lady, 8 years as senator and 4 years as Secretary of State, Hillary has acquired exceptional experience. She is not afraid of media and competitors – everything is already known about her.

The author does not vouch for the internal politics of Clinton, but in external relations, she would do much better than the current administration. And it certainly would not have taken her so much time to "deal with Vladimir Putin." After all, back in January 2013, before the "annexation" of Crimea, Hillary warned Obama of the "danger that Putin is to his neighbors and the world order."

Clinton would not have hesitated and would have given weapon to Ukraine and reassured NATO allies, because the United States knows how play from a position of strength, says Rubin. Moreover, it is "the only language Putin understands."

Hillary would have made sure that Washington, along with Berlin played a major role in negotiations with Russia. According to the author, Putin would have stepped aside only if America and Europe had made a united front. And in general, "Hillary and Angela [Merkel] would be a great team," says James Rubin.

Clinton has expressed her "pushy power" in the case of Libya too. She managed to coordinate cooperation between the U.S. and Europe, and it's not her fault that now there is chaos in the Middle East. Maybe if America had taken a more active role in resolving conflicts it would have been much quieter in the region, the author notes.

"Successful foreign policy requires courage and determination. Hillary Clinton has already demonstrated these qualities in her political life. If she is elected, she will lead the United States to the balance between recklessness of the administration of George W. Bush and carefulness of the current administration," concludes Rubin.