Shares
U.S. President Barack Obama announced that he supported the nomination of Hillary Clinton as a candidate for the U.S. presidential election from the Democratic Party. 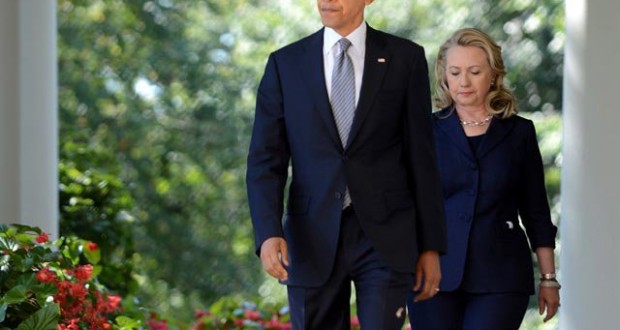 Obama believes that Clinton will be a good candidate and great president, Joinfo.ua reports referring to BBC.

"She was a formidable candidate in 2008. She was a great supporter of mine in the general election. She was an outstanding secretary of state. She is my friend. I think she would be an excellent president," said Obama.

It should be recalled that on April 12, 67-year-old Hillary Clinton officially announced her participation in the U.S. presidential elections. The statement was distributed via e-mail by John Podesta, Clinton's campaign manager.

For 8 years as First Lady, 8 years as senator and 4 years as Secretary of State, Hillary has acquired exceptional experience. She is not afraid of media and competitors – everything is already known about her.

In 2008, she lost to Obama in the fight to be a presidential candidate from the Democratic Party. Now, according to political analysts, she does not have serious contenders among the Democrats.