Home / US / Obama to remove Cuba from list of terrorism supporters

Obama to remove Cuba from list of terrorism supporters 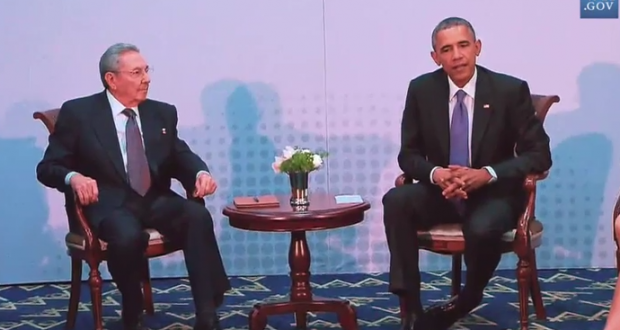 Barack Obama addressed the U.S. Congress with an initiative to remove Cuba from the national list of countries-accessories to international terrorism. On Tuesday, April 14, President Obama spoke in the Congress and recalled that the Cuban authorities had not provided any support to terrorist organizations during the last six months. He also stressed that Havana "has given a guarantee that it will not support acts of international terrorism in future", AP reports.

Members of the Congress should consider the president's plans within 45 days before it takes effect. According to the Reuters agency, congressmen intend not to interfere with the initiative of the head of state.

Washington "black listed" Cuba in 1982. Back then the White House said that the Cuban government was tried to "promote armed revolution in Latin America with the help of organizations that use terrorist methods." Now, easing of the U.S. position on this issue is caused by repair of diplomatic relations between the countries, which have not been maintained for more than 50 years.

Earlier, we reported that the relationship between the U.S. and Cuba began to improve. And if this relationship becomes too close, the Russian Federation may alarm the erosion of long-standing ties.