Home / US / What can Hillary Clinton give to Ukraine

What can Hillary Clinton give to Ukraine

Shares
Now the support of the United States is extremely important for Ukraine. And this support will directly depend on its new president. 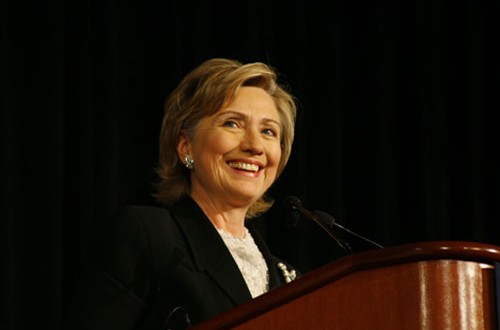 Americans' opinions about this candidate vary completely, but there is one thing everyone agrees with – if it comes to foreign policy, she is very strong. And it is the exact quality the leaders of the U.S. need in the conditions of Russian aggression, conflict in the Middle East and the like, Joinfo.com reports with reference to the 24 TV channel.

James Rubin, a political scientist at The Sunday Times writes about Hillary as follows:

"Clinton is an "old bird" in every respect. For 8 years as First Lady, 8 years as senator and 4 years as Secretary of State, Hillary has acquired exceptional experience. She is not afraid of media and competitors – everything is already known about her."

The author does not vouch for the internal politics of Clinton, but he believes that in external relations, she would have done much better than the current administration. And it certainly would not have taken her so much time to "deal with Vladimir Putin." After all, back in January 2013, before the "annexation" of Crimea, Hillary warned Obama of the "danger that Putin is to his neighbors and the world order."

After announcing her intention to run for U.S. president, Hillary commented on the situation in Ukraine.

"I think we need to provide more financial assistance for the government of Ukraine, as it is trying to make the transition from a non-professional, corrupt system to a system that operates according to the global rules. Ukraine works with the IMF and the European Central Bank. I think we need to provide more help to Ukraine to protect its borders. [We need to provide] new equipment, more training. The United States and NATO are still very reluctant to do it, and I understand why. It's a difficult, potentially dangerous situation, but the Ukrainian army and ordinary Ukrainians who are fighting against the separatists have proved that they deserve stronger support than we have provided so far," she said.

A year ago, Hillary Clinton compared Putin and Hitler. Her interview was published in The Guardian. She drew an analogy between the annexation of Crimea by Vladimir Putin and the actions of Adolf Hitler in Romania and Chehoslavakii in the 1930s.

"The claims by President Putin and other Russians that they had to go into Crimea and maybe further into eastern Ukraine because they had to protect the Russian minorities, that is reminiscent of claims that were made back in the 1930s when Germany under the Nazis kept talking about how they had to protect German minorities in Poland and Czechoslovakia and elsewhere throughout Europe," Hillary said.

Also, in one of her interviews for CNN she said what, in her opinion, the final goal of Vladimir Putin was.

"He [Putin] has a strategic plan in mind, the Eurasian Union, which would be in competition to Europe," Clinton said. "His continuing efforts to intimidate Europeans — not just through energy, but through interfering in elections, putting money behind buying press outlets in European countries … trying to discourage countries like Ukraine being able to join the European Union."

That is why Hillary Clinton called on to strengthen sanctions against Russia.

Anyway, the position of Democrats, whose interests are presented by Hillary Clinton, regarding Ukraine is much more decisive than of Republicans. And under Democratic president Ukraine will have much more opportunities. In addition, according to the statements and actions of Hillary Clinton, Ukraine can expect much more significant support from the United States.

It should be recalled that U.S. President Barack Obama announced that he supported the nomination of Hillary Clinton as a candidate for the U.S. presidential election from the Democratic Party.