Home / US / Due to presidential race in U.S., press starts spilling dirt on Clinton

Due to presidential race in U.S., press starts spilling dirt on Clinton

Shares
The Ukrainian oligarch Viktor Pinchuk, the friend of the Clintons, has business ties with Iran, which contradicts the U.S. position in relation to this country. 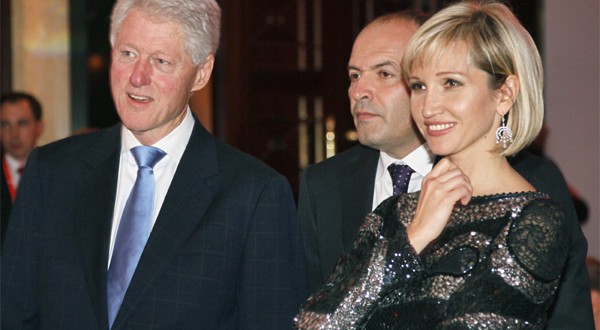 Newsweek's article says that the editors studied the "declarations and documents of Ukraine", confirming the delivery of various equipment, including for oil and gas and railway sectors, owned by Pinchuk, to Iran in 2011-2012, Joinfo.ua reports with reference to Newsweek.

The publication notes that the cost of these projects amounts to millions of dollars. However, both of these sectors "are sanctioned by the U.S., which specifically prohibits any single invoice to the Iranian petrochemical industry worth more than $1m."

Also the editors point out that Pinchuk has cooperated with the Clinton family for at least 9 years. "In 2010, he invited the former president to his 50th birthday party in the French ski resort of Courchevel. In return, Pinchuk attended Clinton's 65th in 2011, and was a guest at the inauguration of Clinton's Presidential Library. The Clintons spoke at Pinchuk's Yalta European Strategy conference, which seeks integration between Ukraine and Europe," the magazine says.

Newsweek notes that the news that Pinchuk may be in breach of U.S. sanctions imposed against Iran, "is likely to be seized by enemies of Hillary Clinton waiting to discredit her bid for the White House."

It should be recalled that in 2002, the President of Ukraine Leonid Kuchma was also accused of illegal export of missile weapons to Iran and China. "A person from the inner circle of the former president" was suspected in involvement in the export of missiles. However, despite the wave of accusations and rumors, there have not been provided any real evidence of the involvement of Kuchma or Pinchuk in arms supply to Iran.

As it is known, on April 12, 67-year-old Hillary Clinton officially announced her participation in the U.S. presidential election. Now, according to political analysts, she does not have serious contenders among the Democrats. However, according to experts, if Hillary Clinton becomes the president of the United States, Putin will fail.