Shares
The United States is the "world gendarme", who is the only one able to restrain Russia, so that it performs at least a part of its commitments. Such an opinion was expressed by Taras Berezovets, a political strategist, director of personal and strategic consulting Berta Communications, on his blog in the publication of New Era. 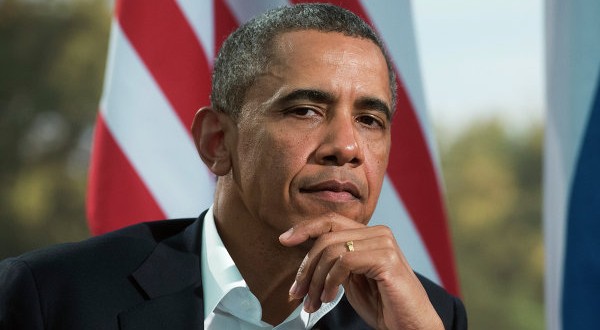 He recalled the words of the U.S. Ambassador to Russia John Tefft that Obama would not mind to join the Normandy Four in resolving the Ukrainian conflict. Berezovets notes that the official position of the President of the United States is as follows: after talks with Angela Merkel, Obama made it clear that the United States would give Germany all the power to conduct the negotiations, but if the allies considered American participation in the discussion of the Ukrainian conflict as necessary, they would be ready to join this process, Joinfo.ua reports.

"The problem is in Obama himself: in fact, he's just finishing serving his term – he has less than two years left in the White House, and he wants to leave as a president-peacemaker. But Obama seems to be jinxed: international conflicts that the American president is unable to solve just started emerging one after the other. Syria, Iraq, Yemen, and Ukraine. Roughly speaking, Obama does not know what to start with. And, unfortunately, in this situation, personally for him, Ukraine is not a priority. Therefore, the American president is doing everything not to be personally drawn into resolving of the Ukrainian issue," said Berezovets.

However, according to the political strategist, the U.S. foreign policy is determined not by the President personally, but by the Department of State, the Senate and the Congress, if the issue of participation in the negotiations is put squarely, Obama will submit to the will of the majority and join the Normandy Four.

Berezovets notes that in the presence of representatives of the United States the negotiations will be effective. "Bad or good, America is the "world gendarme", who is the only one able to restrain Russia, so that it fulfills at least a part of its commitments," he added.

According to the expert, Obama has still a lot of time until the end of his term, to join this process. But even if he does not do it, the next American president will certainly deal with the Ukrainian question. "Long-term interests dictate the U.S. the need to support Ukraine as an outpost of democracy and freedom in the region. So, in fact, it does not matter to us, whether the next president of the United States will be a Democrat or a Republican," he concluded.

It should be recalled that the U.S. Ambassador to Ukraine Geoffrey Pyatt said that Russia continued to violate the Minsk agreements. In particular, according to him, the Russian Federation continued supporting separatists and established training areas in eastern Ukraine to train separatist fighters in gunnery and artillery firing.