Shares
President Barack Obama believes that the actions of the Syrian regime still pose a threat to national security, foreign policy and economy of the United States. 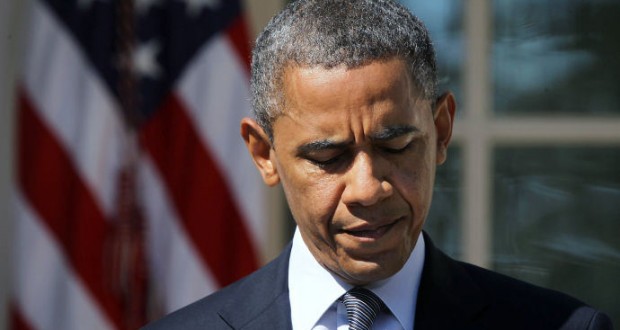 President Barack Obama extended the sanctions imposed against the government of Syria for another year. It is reported in the letters of the American leader to the speakers of both houses of the Congress, published by the press service of the White House, Tyzhden reports.

Barack Obama believes that the actions of the regime of President of Syria Bashar Assad continue to pose a threat to national security, foreign policy and economy of the United States.

"For this reason, I made the decision to extend the state of emergency imposed because of the threat and the sanctions imposed due to it," said in a letter to the US president.

The letter mentions that on May 11, 2004 President Bush signed a decree, according to which, there was arrested the property of certain individuals and was banned exports of certain goods to Syria.

It should be recalled that it has been more than three years from the beginning of the civil war in Syria. According to the UN, it killed more than 220 thousand people, displaced millions of people, and destroyed over 300 historical monuments.