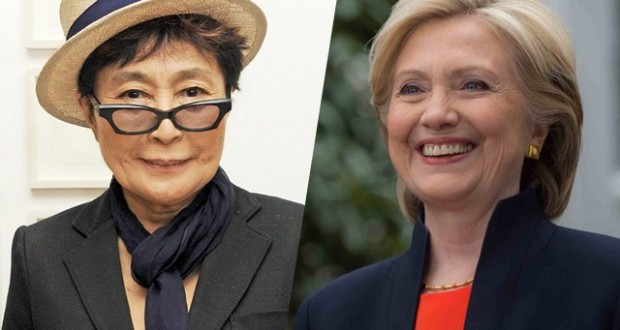 According to Joinfo.ua, Yoko made such a shocking revelation during the presentation of the collection of cups and saucers in the Museum of Modern Art in Los Angeles.

"We met many times during the New York Vietnam War protests in the 1970s, and became very intimate. We shared many of the same values about gender equality, fighting against the authoritarian, patriarchal, male-dominated society we were raised in" she explained.

"We had a brief romantic fling when I lived with John in Manhattan and Hillary was studying at Yale, but eventually we lost touch," said Yoko Ono.

The artist said that the election of Clinton as U.S. President would be a big step forward in the promotion of the rights of gender minorities.

In fact, political analysts noted that Lennon's widow played a nasty trick upon Clinton – such a statement will have extremely negative impact on the chances of the current Secretary of State in the presidential race.