Shares
This week, the former Governor of Florida Jeb Bush is going to visit three allies in the alliance, who are "on the front lines" confronting Russia. 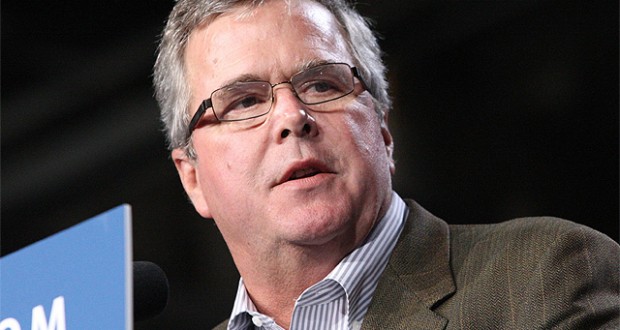 Before announcing his intention to run for president, Jeb Bush, the future U.S. presidential candidate from the Republican Party, will visit Germany, Poland and Estonia, Joinfo.ua reports.

Given the fight of the U.S. president and other world leaders aimed against the expansion of influence of the Russian President Vladimir Putin in Eastern Europe, during his five-day trip, Bush aims to create a certain image before the announcement of his participation in the presidential race, experts say.

According to the opinion of the future presidential candidate, voiced during the speech at the Chicago Council on Global Affairs, the United States must provide Ukraine with "defensive military aid." Also, Bush believes that the United States should be prepared for retaliation in the event of threats to any of the NATO members on the part of Putin.