Home / US / Hillary Clinton: ‘I will defend United States and world from Putin!’

Hillary Clinton: ‘I will defend United States and world from Putin!’

Shares
Hillary Clinton, a candidate for the presidency, announced that after she was elected, she would protect the United States and the world from Putin. 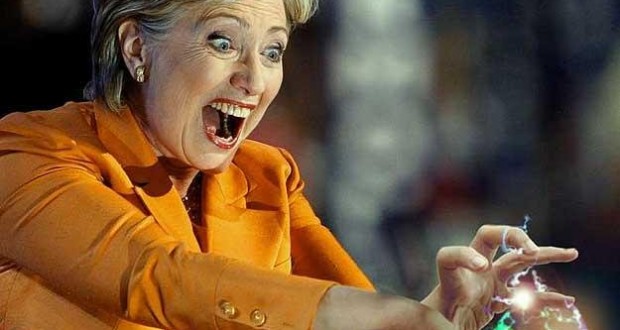 According to Hillary Clinton, Russia, North Korea, Iran, as well as China and the ISIL militants remain the main threats to the United States and the world. If Clinton wins the elections she promises to protect America from all these threats, Joinfo.ua reports with reference to CNN International.

We publish the text of Hillary Clinton's campaign promises completely.

"You know, America's diversity, our openness, our devotion to human rights and freedom is what's drawn so many to our shores. What's inspired people all over the world, I know. I've seen it with my own eyes.

And these are also qualities that prepare us well for the demands of a world that is more interconnected than ever before. So we have a third fight to harness all of America's power, smarts, and values to maintain our leadership for peace, security, and prosperity.

No other country on Earth is better positioned to thrive in the 21st century. No other country is better equipped to meet traditional threats from countries like Russia, North Korea, and Iran – and to deal with the rise of new powers like China.

No other country is better prepared to meet emerging threats from cyber-attacks, transnational terror networks like ISIS, and diseases that spread across oceans and continents.

As your President, I'll do whatever it takes to keep Americans safe. And if you look over my left shoulder you can see the new World Trade Center soaring skyward.

As a Senator from New York, I dedicated myself to getting our city and state the help we needed to recover. And as a member of the Armed Services Committee, I worked to maintain the best-trained, best-equipped, strongest military, ready for today's threats and tomorrow's.

And when our brave men and women come home from war or finish their service, I'll see to it that they get not just the thanks of a grateful nation, but the care and benefits they've earned.

I've stood up to adversaries like Putin and reinforced allies like Israel. I was in the Situation Room on the day we got Bin Laden.

But, I know — I know we have to be smart as well as strong," Clinton said.