Shares
The U.S. Army is considering the possibility of deploying heavy weaponry in the countries of Eastern Europe and the Baltics in order to counter Russian aggression. 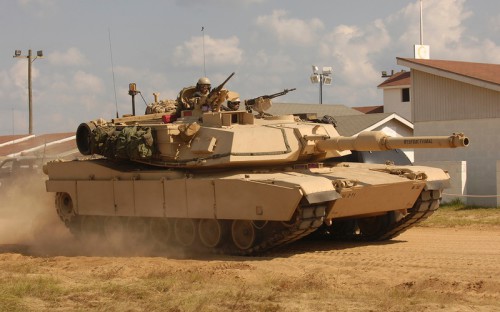 The U.S. Army does not exclude the possibility of deploying heavy weaponry in Eastern Europe in order to counter Russia’s aggression, Joinfo.ua reports referring to the newspaper New York Times.

According to American journalists, the plan includes the transfer of tanks, armored personnel carriers, other types of armored vehicles sufficient for 5,000 American troops. However, it is not planned to send military personnel there yet.

“It is a significant move to deter possible Russian aggression in Europe,” the report says.

In addition, it is being considered the likelihood of deploying military equipment in Lithuania, Latvia, Estonia, Poland, Romania, Bulgaria and Hungary. But such plans are not approved yet.

Earlier, it was reported that Poland was in talks regarding the deployment of the military forces of the United States in its territory. Polish Defense Minister Semonyak assures that this issue was already discussed with the Minister of Defense and the decision will be announced in the near future.

According to the New York Times, the U.S. Congress positively considered the draft document on arms supply to the NATO countries that are close to the border with Russia.