Home / US / U.S. arms supply to Ukraine is not a question, we wait for occasion – Victoria Nuland

U.S. arms supply to Ukraine is not a question, we wait for occasion – Victoria Nuland

Shares
The issue of providing Ukraine with lethal weapons is still on the agenda of the White House. It was reported by Victoria Nuland, the Assistant Secretary of State. 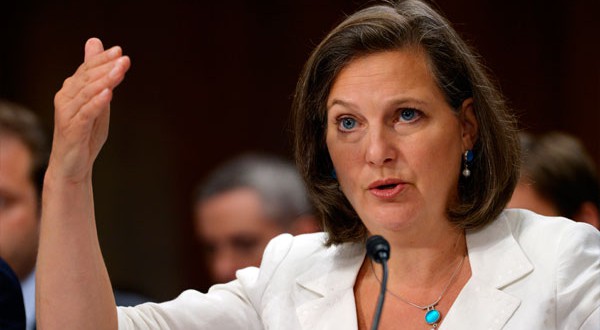 Victoria Nuland, the Assistant Secretary of State for European and Eurasian Affairs at the United States Department of State, said that Barack Obama “has not yet decided whether to supply the Ukrainian armed forces with lethal weapons, the issue is a subject of discussion,” Joinfo.ua reports with reference to Gazeta.ru.

“The president has not yet made the decision whether to supply lethal weapons to the Ukrainian armed forces. The issue is the subject of discussion,” she said.

At the same time, according to her, Washington has already provided assistance to Kyiv in the field of security in the amount of $ 140 million. “Our supplies included battery radars: they are delivered to the Ukrainians for defensive purposes. The exercises we conduct on the Yavoriv firing ground (Lviv region) are aimed at improving the capacity of Ukraine to defend its sovereignty and territorial integrity,” Nuland added.

She stressed that the decision to grant Ukraine lethal weapons would be based on the situation in the conflict zone. “But the most preferable for us is the compliance with the Minsk agreements: cessation of hostilities on the lines of demarcation, withdrawal of the Russian military equipment, instructors and support forces from the territory of Ukraine. It is what we wish for, it is what the international community wants,” Nuland said.

The diplomat believes that this whole situation can be resolved in a day, a week, a month, by one correct decision. She also added that the clashes were taking place to the west of the demarcation line, and “it is obvious that it is not the forces of the Ukrainian government but the separatists, who are thus trying to expand their territory.”