Shares
Republicans in the U.S. hate Russian President Vladimir Putin and admire him at the same time. It was told by Nina Khrushcheva, the great-granddaughter of the Soviet leader Nikita Khrushchev, the political scientist and the professor at New School University in New York. 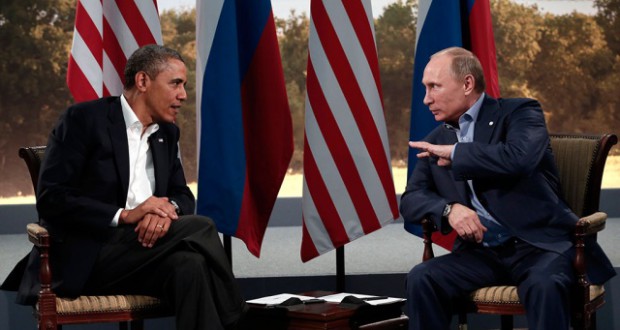 According to Khrushcheva, America admires Putin and considers him “strong.” Meanwhile, the Americans think of their president Barack Obama as of “weak” man, Joinfo.ua reports referring to Apostrophe.

“U.S. Republicans admire Vladimir Putin. We hate him, but he is strong, and Barack Obama can not respond to him, because he is weak,” she explained.

However, Khrushcheva considers attitude to Putin as “psychological perversion.”

“Rapture does not necessarily have to be positive. You can admire a certain category of people because they have an incredible self-esteem, the knowing that they are always right. It excites me in some people. In addition, instead of understanding it, very often the population takes it for granted. When Republicans here go crazy with the delight from Vladimir Putin, though they hate him, it fascinates me, because it is some kind of a psychological perversion,” Khrushcheva added.

It should be recalled that Vladimir Putin scared the world by promising to increase the number of Russian nuclear weapons.