Home / US / U.S. Congress in Upper House votes for lethal weapons supply to Ukraine, it’s up to Obama now

Shares
The U.S. Congress in the Upper House approved the bill on the financing of the country's defense budget, which allows, in particular, providing Ukraine with lethal weapons. 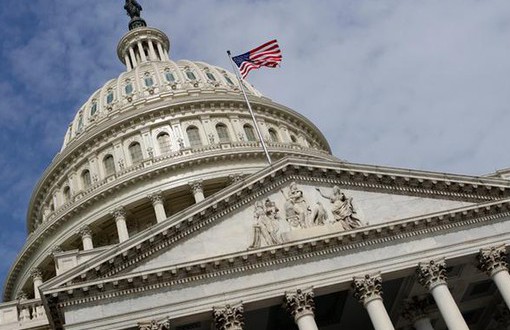 The U.S. Congress in the Upper House approved the bill on the financing of the country’s defense budget, which allows, in particular, providing Ukraine with lethal weapons, by a majority of vote, Joinfo.ua reports with reference to the foreign press.

The bill involves the allocation of $ 612 billion for defense in the U.S. The document was supported by 71 senators, 25 voted negatively.

The draft contains the amendments on Ukraine, introduced by Senator Rob Portman. So, one of the changes concerns the section “that defines the financing of $ 300 million for military assistance to Ukraine.” U.S. Secretary of Defense has the ability to provide Ukraine with “critically important opportunities” to be able to protect itself from the Russian aggression. Among other things, it comes to online provision of intelligence data, counter-artillery radars supply, lethal defensive weapons, unmanned aerial vehicles, secure communications systems, as well as conduction of exercise.

Another two amendments made by Portman relate to the need to analyze the consequences of the conflict in Ukraine for the U.S. and NATO military, as well as call on the U.S. Department of State to send a list of all applications for export licenses for the procurement of military equipment and assistance to Ukraine to Congress every three months.

This document has already passed a vote in the lower house of the Congress, and now two bills must be agreed by legislators to be sent to the U.S. president for signature.

Andriy Taranov, the Deputy Head of the Presidential Administration of Ukraine, spoke about the possible assistance from the United States at a briefing in Kyiv.

“We will receive the equipment into 5 categories, including a system of exercises. We are already looking forward to the exercise for not only guards, but the units of the Armed Forces of Ukraine,” Taranov said.

He said that counter-battery assets from the U.S. would help to identify artillery and mortar batteries at the distance of 40 km; electronic warfare systems would allow to resist Russian suppression and surveillance systems; there would also be provided antitank weapons, “what we’ve always talked about – Javelin”, as well as the communication organization systems for concealed command and control.

“For the year of our war the mood (in the U.S. – Ed.) has changed dramatically: a year ago it was only a “no”, and it was impossible to talk about it, but this year during this visit, we noticed that the American side in the majority is ready to fulfill everything I’ve mentioned,” Taranov said.

Earlier it was reported that the U.S. Senate had passed a bill on military assistance to Ukraine in the amount of $ 300 million.