Home / US / Train derailment in Tennessee: thousands of residents evacuated

Shares
In the city of Maryville near Knoxville in the U.S. state of Tennessee, five thousand people are evacuated due to a train derailment. The train carrying toxic chemicals came off the track and caught fire. 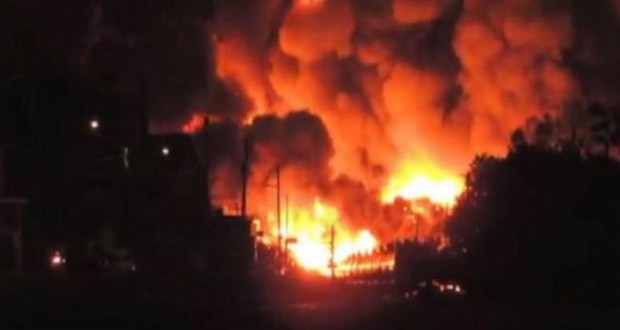 This night, 5,000 residents of the U.S. state of Tennessee were evacuated to emergency shelters due to a train derailment.

Today, in the American city of Maryville near Knoxville, a train, which was carrying toxic chemicals, derailed and caught fire. As a result, more than five thousand residents were evacuated, Joinfo.ua reports with reference to NBC.

The radius of evacuation has reached more than three kilometers.

The train with different goods was traveling from Ohio to Georgia. In the Tennessee State one car came off the track, after which the composition is illuminated.

According to the TV channel, the train was carrying acrylonitrile – “highly flammable and toxic gas”, which causes headache, nausea, kidney irritation and even death.

Rescuers are trying to locate and eliminate the fire.