Shares
A potential U.S. president Hillary Clinton suggests to print a portrait of a woman on a 20 dollar bill. 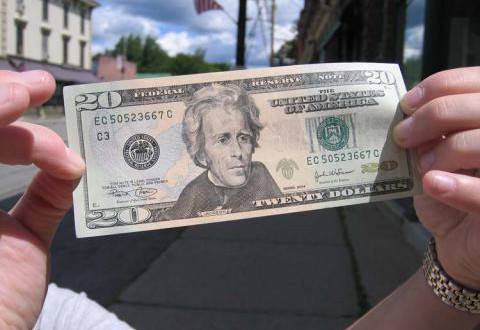 A potential U.S. president Hillary Clinton expressed support for the idea of ​​the portrait of a woman on a $ 20 bill, Joinfo.ua reports with reference to CNN.

“I don’t like the idea that as ​​a compromise you would basically have two people on the same bill. One would be a woman. That sounds pretty second-class to me. So I think a woman should have her own bill,” she said.

Clinton refused to name the woman who would appear on the American money, but she said she would like to see her on a $ 20 bill, because it is most prevalent.

Earlier, the U.S. Treasury Department has proposed to place a portrait of a woman on a 10-dollar bill. The new banknotes will be issued in 2020 to commemorate the 100th anniversary of the adoption of the 19th Amendment to the U.S. Constitution, which allowed women to vote.