Shares
The U.S. Department of Defense believes that the Administration of the U.S. President is 'too timid' in its opposition to Russia and wants more drastic measures. 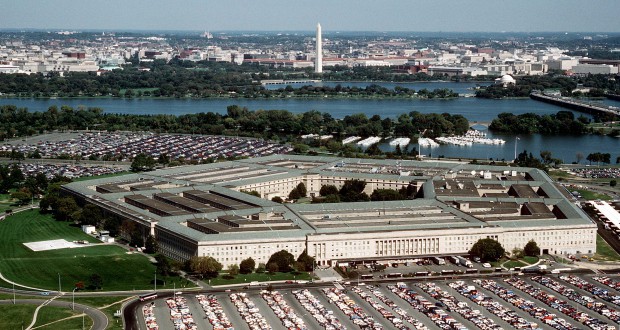 The U.S. Department of Defense believes that the Administration of the U.S. President is ‘too timid’ in its opposition to Russia and wants more drastic measures, Joinfo.ua reports referring to The Daily Beast.

According to the news agency, almost every employee of the Joint Chiefs of Staff of the Pentagon is raising the alarm about a Russia that is modernizing its nuclear arsenal, carries out ultra-sophisticated cyber attacks and ‘is stirring up trouble’ in Eastern Europe.

Thus, the Pentagon worries about the passivity of the White House in recognition of Russia as ‘the main threat’.

Also the U.S. Department of Defense says that Ukraine and NATO allies have to see that the United States take measures to protect them.

“But the administration’s approach is to avoid ‘getting involved in any kind of conflict…They’re being a little too timid,'” a senior defense official said.

In particular, the Department believes that it is necessary to provide Ukraine with lethal weapons.

“Of course, nobody wants a wider war with the Russians; that’s a recipe for courting Armageddon. But is giving lethal defensive weapons to the Ukrainians really going to do that?” a senior Pentagon official said.

“Remember, the Russians don’t want to go to war with us, either,” he stressed.