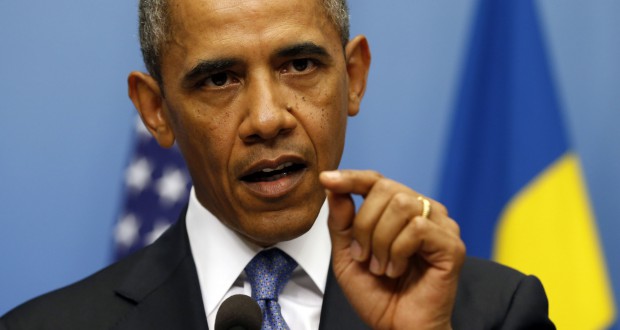 “Over the past year Ukraine has made important steps to achieve the goals which it set for itself since independence in 1991. Despite the many challenges, the people of Ukraine closer than ever to implement their shared vision of a free, democratic and prosperous country, firmly integrated into the heart of Europe, ” Barack Obama said, the press service of President of Ukraine reports.

The US President said he would continue to support Ukraine in a very important period of its history, and will also strengthen the friendship between the two countries.

“Our two nations have worked together to support and protect the right of the Ukrainian people to freely choose their own path forward. As you work to implement critical reforms despite Russia’s aggression in the east and occupation of Crimea, the United States will remain steadfast in its support for Ukraine,” the President noted.

The U.S. President is confident that the friendship between our two countries will grow even stronger as Ukraine continues its efforts to build democratic institutions, promote the rule of law and lay the path for economic growth.