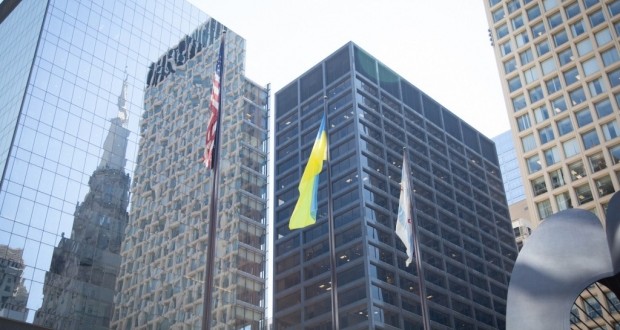 The annual ceremony of honoring the anniversary of the Independence of Ukraine was held In Chicago by Ukrainian Congress Committee of America, Illinois Division. The Yellow-blue flag of Ukraine was raised over the Daley Plaza downtown, UNIAN reports.

Also as a tradition an annual festival “Ukrainian Days” was held on August 22 and 23 in Smith Park. The event was visited by thousands of people who come to see performances of Ukrainian dance groups, listen to Ukrainian music and taste Ukrainian food.

It should be recalled that the US President has congratulated Ukrainians on Independence Day and said that he will continue to support Ukraine in a very important period of its history.