Shares
The American social activist and Harvard law professor Larry Lessig announced that he had raised $ 1 million on the Internet and was going to run for the U.S. presidency from the Democratic Party. 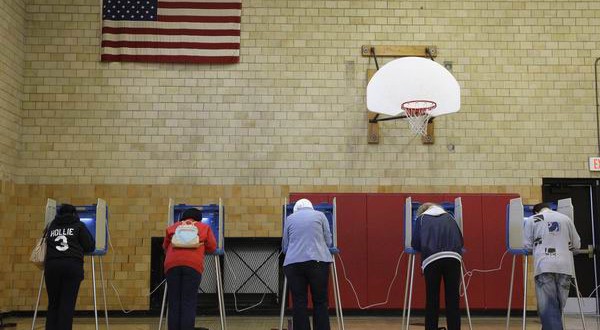 On Sunday, September 6, the American social activist and law professor at Harvard, Larry Lessig,  announced his joining the presidential race from the Democratic Party, Joinfo.ua reports referring to ABC.

The professor said that his campaign would be organized at the expense of $ 1 million collected on the Internet.

On August 11, 2015 a Harvard professor announced his intention to run for president of the United States from the Democratic Party, it also was noted that his campaign would be organized, including on the funds collected on his website on the Internet. Larry Lessig confirmed that he had managed to collect $ 1 million necessary for his campaign on his website, as he had planned, by Labor Day (first Monday in September). Now he intends to leave the university and focus all his forces on the election campaign.

The United States presidential election will be held in November 2016. The incumbent President Barack Obama is finalizing the second term in office and can not run for a third one.

Lessig said that he intended to focus on “the destruction of the political system”, where  wealthy and powerful people finance election campaigns and then get a significant benefit from this. “We have to recognize – we have a government that does not work,”Lessig said.

If elected as the U.S. president, Lessig is planning to develop a plan to improve the rights of voters, and convert the existing political system. Lessig emphasizes that the main task of democracy is to build a society of equal citizens, and the existence of corruption creates a class society. As stated by the new participant of the inner-party struggle, his main motive is  a desire to reform campaign finance in the United States.