Shares
According to a public opinion poll, the U.S. presidential elections are becoming more interesting. The leaders of the presidential race Donald Trump and Hillary Clinton virtually leveled off in popularity among voters. 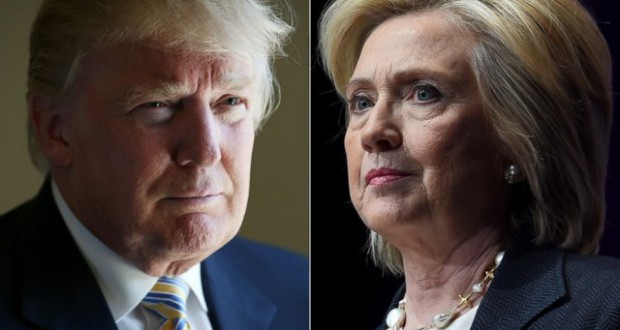 Thus, a public opinion poll showed that if elections were held today the Republican presidential candidate Donald Trump would get 43% of the vote. 46% of respondents called themselves the supporters of Hillary Clinton. The presidential elections in U.S. promise to be far more spectacular, Joinfo.ua reports with reference to the foreign press.

The Republican presidential candidate Donald Trump has gained almost equal popularity with the leader of the race from the Democrats, Hillary Clinton. This is evidenced by a public opinion poll conducted newspaper The Washington Post and ABC television network published on Sunday.

According to this information, if presidential elections were held now, not in November 2016, as scheduled, 43 per cent of respondents from the number of registered voters would vote for Trump. 46 percent of those who can vote called themselves supporters of Clinton.

It is noteworthy that both candidates have supporters not only among “their” parties, but in the group of opponents. Thus, 14 percent of Republicans are ready to vote for Clinton, 15 percent of Democrats support Trump. Trump has a slight edge among independent voters  – 44 percent against 39.

The newspaper did not specify how many respondents participated in the survey, and when it was conducted.