Shares
U.S. intelligence agencies managed to prevent a threat to the Pope, says the chairman of the House Homeland Security Committee Michael McCaul. 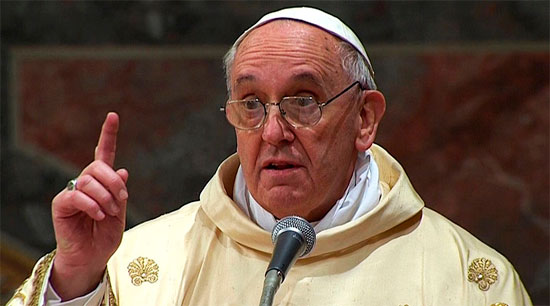 U.S. intelligence agencies managed to disrupt “one particular case” of a threat to the Pope Francis before his visit to the U.S., the chairman of the House Homeland Security Committee Michael McCaul, Joinfo.ua reports with reference to ABC.

McCaul did not disclose any details of the incident, only saying that he had been briefed by the Secret Service.

During his visit to the U.S. this month Pope Francis will visit Washington, New York and Philadelphia.

He will hold a meeting with US President Barack Obama at the White House. Also he will speak before the members of the Congress and the UN General Assembly.

At the same time, the U.S. is actively preparing for the presidential elections. Thus, the leaders of the presidential race Donald Trump and Hillary Clinton virtually leveled off in popularity among voters.

If elections were held today the Republican presidential candidate Donald Trump would get 43% of the vote. 46% of respondents called themselves the supporters of Hillary Clinton.