Home / US / The U.S. House of Representatives voted for refugees entry restrictions

The U.S. House of Representatives voted for refugees entry restrictions 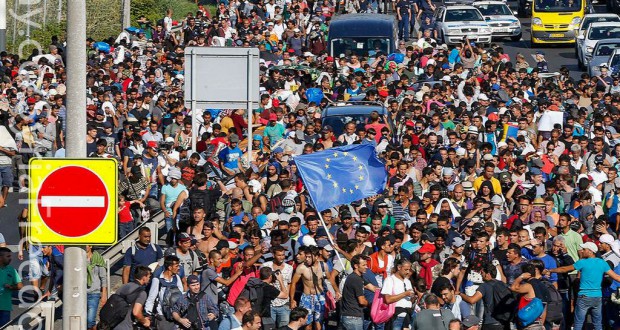 Dozens of Democrats joined Republicans as the House passed the measure 289-137, in a rebuke to the White House.

The U.S. President Barack Obama has said he will veto the legislation, Joinfo.ua reports with the reference to BBC.

The bill was voted on the background of the terrorist attacks in Paris, which killed 129 people, 350 injured.

ISIS claimed to be responsible for the attacks. Seven of the perpetrators died in the attacks, and one of them is thought to have been a Syrian who entered Europe via Greece with migrants.

It still needs to pass the Senate before hitting Mr Obama’s desk.

The bill would require the head of the FBI, the Department of Homeland Security, and the Director of National Intelligence to sign off on each refugee as being “not a threat to the security of the United States,” following an FBI background check.

House Majority Leader Kevin McCarthy said he supported the bill because “it is against the values of our nation and the values of a free society to give terrorists the opening they are looking for”.

Others urged compassion for those fleeing the war-torn regions.

“Defeating terrorism should not mean slamming the door in the faces of those fleeing the terrorists,” said Rep Jerrold Nadler, a Democrat from New York. “We might as well take down the Statue of Liberty”.