Home / US / Volyn native filmed the assassination of President Kennedy

Shares
The murder of the 35th US President John F. Kennedy rocked America 52 years ago. Volyn native Abraham Zapruder was a witness of those distant historical events 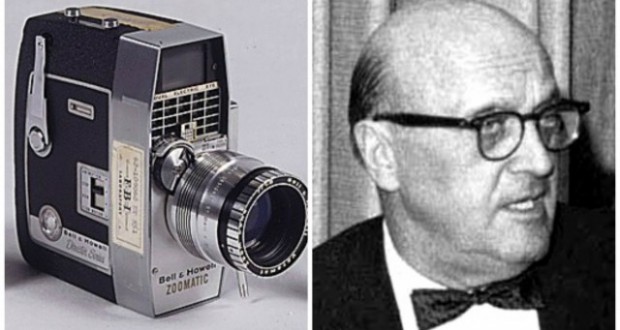 The murder of the 35th US President John F. Kennedy rocked America 52 years ago. Volyn native Abraham Zapruder was a witness of those distant historical events. Moreover, it was him to filmthe time of the murder, and later Zapruder’s tape was the main evidence in the murder of Kennedy, Joinfo.ua reports with the reference to Volynnews.com.

The tragedy happened on November 22 in Dallas, when US President John F. Kennedy was traveling with Texas Governor John Connelly and wives of politicians in the presidential motorcade. After a ten month the investigation has concluded that Kennedy was killed by Lee Harvey Oswald.

Zapruder’s tape, a 26 seconds amateur documentary film, shot on a mechanical color 8-mm camera, was the most detailed video evidence of Kennedy’s assassination. Thus, it became one of the most important sources for the investigation.

Abraham Zapruder was born May 15, 1905 in Kovel, where he lived until the age of 15. The boy grew up in a Jewish family,  where he went to school for four years.

July 12, 1920, Abraham Zapruder and his family immigrated to the United States. Abraham’s father left the first. Izrael Zapruder had to settle in a foreign country, to find shelter for the family. They settled in Brooklyn.

From a young age, Abraham worked on the production of clothes in a sewing quarter of Manhattan. At night the guy mastered English. In 28 years he married Lillian Grossman, later the couple had two children.

In 1941, the family of Abraham Zapruder moved to Dallas, where he began working for a local company “Nardis”, producing sportswear. Eight years later, Abraham Zapruder was the co-founder and president of “Jennifer Juniors Inc”. Zapruder’s office was located at 501 Elm Street in the office center Dal-Tech  on Dealey Plaza, Dallas, opposite to Texas school libraries. Not far from his job on November 22, 1963, Abraham Zapruder shot the video of assassination of John F. Kennedy.

On the evening of November 22 they made three copies of the film. The original and one copy remained with the author, the other two copies were taken by the US Secret Service to investigate the murder. A few days later, Life magazine bought the original of Zapruder’s tape for $150 thousand. Approximately thirty black and white frames of the film were published in the issue of 29 November.

Now one of the copies of Zapruder’s tape is stored in Dallas The Sixth Floor Museum at Dealey Plaza.