Home / US / Climate change can be a threat to national security – the U.S. experts

Climate change can be a threat to national security – the U.S. experts

Shares
On the background of the climate change talks in Paris, the U.S. experts and leaders emphasized that climate change is a threat not just to our environment, but to national security too 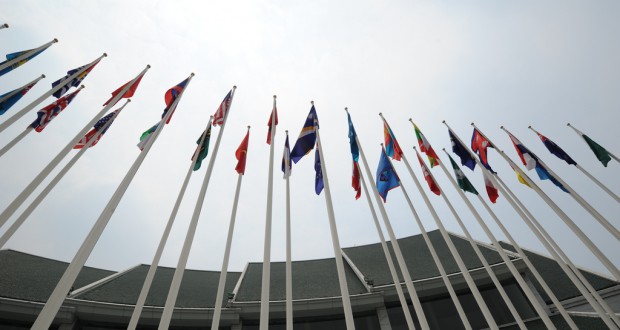 On the background of the climate change talks in Paris, where more than 150 world leaders gathered yesterday, the U.S. experts and leaders emphasized that climate change is a threat not just to our environment, but to national security too, Joinfo.ua reports with the reference to Outerplaces.com.
Gina McCarthy, administrator of the U.S. Environmental Protection Agency, claims that climate impacts can lead to displacement, animosity, internal conflict, and instability, as natural disasters brought about by climate change – such as the recent droughts and wildfires in California – can destroy homes and disrupt communities, leading to volatile conditions in less stable parts of the world.

The U.S. Presidential candidate Martin O’Malley agreed, stating that “the effect of climate change and the mega-drought that effected that region, wiped out farmers, drove people to cities, created a humanitarian crisis, and created the… conditions of extreme poverty” contributing to the instability in Syria that sparked civil war and the rise of ISIS.

Though directors of the Center for Climate Change and Security contended that climate change cannot be cited as a sole cause in a complex situation, the drought, caused by climate change, coupled with mismanagement of natural resources by the Syrian government that led to political unrest, was one of the factors that led to the instability on which ISIS has thrived.
Secretary of State John Kerry warns that climate change cannot be viewed as a purely environmental issue, but that the resulting environmental trauma can lead to social and political disruptions caused by crop failures, water shortages, famines, epidemics, destruction of infrastructure, and mass movement of refugees.

Paris talks could be a turning point in international cooperation on recognizing and combatting the threat of climate change.

John Kerry said: “The kind of agreement that we’re working toward will prove that the world’s leaders finally understand the scope of the challenge we are up against… And it will help officials at every level of government know that they are part of a worldwide commitment to build sustainable economics. And most important, it will put us all on a path toward a cleaner, healthier, and safer and more secure future.”