Home / US / The U.S. and South Korea are holding talks on deployment further strategic U.S. assets to the peninsula

The U.S. and South Korea are holding talks on deployment further strategic U.S. assets to the peninsula

Shares
After North Korea's hydrogen bomb test, the U.S. and South Korea are considering deployment of the strategic U.S. assets to the peninsula 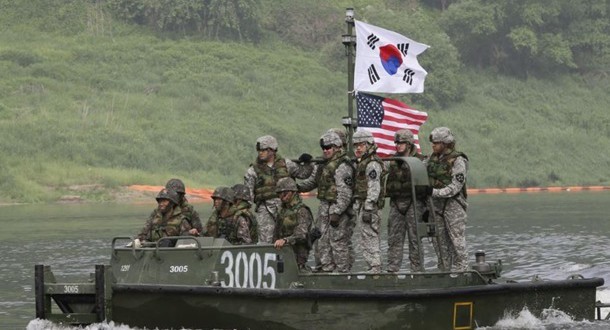 North Korea claimed on Wednesday it conducted its first hydrogen bomb test. Yesterday, the U.S. sent the Boeing B-52 strategic bomber which is capable of carrying nuclear missiles in a show of force just 45 miles from North Korea.
Now, the U.S. and South Korea are holding talks on sending further strategic U.S. assets to the Korean peninsula, Joinfo.ua reports with reference to Reuters.

“The United States and South Korea are continuously and closely having discussions on additional deployment of strategic assets,” Kim Min-seok, spokesman at the South Korean defense ministry said on Monday, declining to tell any details.

Seoul also said on Monday that it would restrict access to the jointly run Kaesong industrial complex just north of the heavily militarized inter-Korean border to the “minimum necessary level” starting from Tuesday.

North Korea says it exploded a hydrogen bomb last Wednesday, although the United States and outside experts doubt that the North had achieved such a technological advance in its fourth nuclear test. The test angered China, the North’s main ally, which was not given advance notice, and the United States.

In a show of force and support for its allies in the region, the United States on Sunday sent a nuclear-capable B-52 bomber based in Guam on a flight over South Korea.