Shares
The U.S. has withdrawn the credentials of five out of Russia's six honorary consuls for interference into work of its staff in Russia 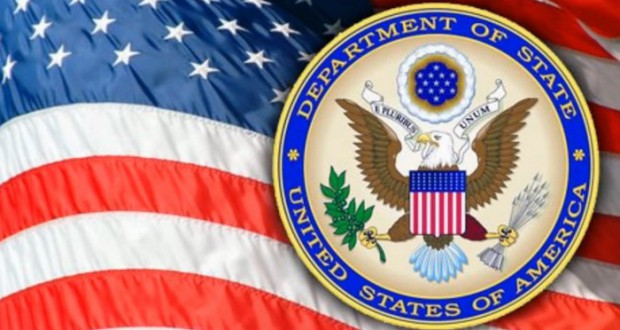 The U.S. State Department said it was ready to take further measures “if there are additional efforts” to impede diplomatic and consular activity, BBC reports.

Mark Toner, spokesman of the U.S. State Department said there had been “widespread harassment” of staff.

Russia reacted angrily to the move, accusing the U.S. of spreading anti-Russian propaganda.

Honorary consuls provide consular assistance in cities that are a long distance from full-time diplomatic missions.

The consuls affected were the U.S. nationals based in Puerto Rico, Florida, Utah, California and Minnesota, the Russian foreign ministry said.

Spokeswoman of Russian MFA Maria Zakharova said the U.S. intelligence was conducting “provocations against employees of Russian diplomatic missions, and not only in the United States”.

“The decision on the honorary consuls continues the Barack Obama administration’s policy aimed at curbing ties with our country,” she said in a statement.

Mark Toner said the move would not affect Russia’s embassy in Washington DC or any of its other formal diplomatic operations in the US.

“This action is being taken in response to continued Russian interference with our diplomatic and consular operations in Russia, including, but not limited to, widespread harassment of our personnel, as well as the forced closure of the American Center in Moscow and 28 American Spaces throughout Russia,” he said.

“We are prepared to take further appropriate measures if there are additional efforts to impede our diplomatic and consular activities in Russia.”