Shares
According to a recent study results, the virus could reach regions where 60 percent of the U.S. population lives 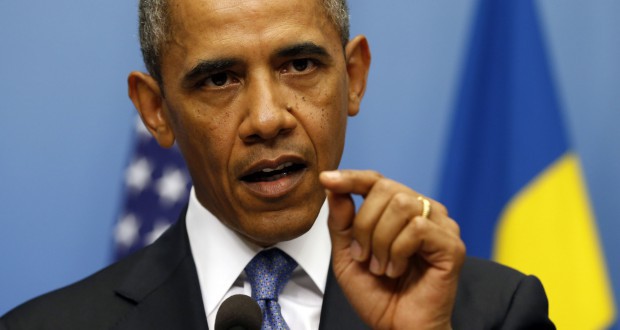 The U.S. President Barack Obama on Tuesday called for the rapid development of tests, vaccines and treatments to fight the mosquito-transmitted Zika virus, which has been linked to birth defects and could spread to the United States in warmer months, Reuters reports.

The U.S. health officials are stepping up efforts to study the link between Zika virus infections and birth defects, citing a recent study estimating the virus could reach regions where 60 percent of the U.S. population lives.

Obama was briefed on the potential spread of the virus by his top health and national security officials on Tuesday.

“The president emphasized the need to accelerate research efforts to make available better diagnostic tests, to develop vaccines and therapeutics, and to ensure that all Americans have information about the Zika virus and steps they can take to better protect themselves from infection,” the White House said in a statement.

The virus has been linked to brain damage in thousands of babies in Brazil. There is no vaccine or treatment for Zika, a close cousin of dengue and chikungunya, which causes mild fever and rash. An estimated 80 percent of people infected have no symptoms, making it difficult for pregnant women to know whether they have been infected.

On Monday, the World Health Organization predicted the virus would spread to all countries across the Americas except for Canada and Chile.

On Tuesday, the U.S. health officials said a Virginia resident who traveled outside the United States has tested positive for Zika virus. The adult resident had recently traveled to a country where Zika virus transmission was ongoing and the infection was confirmed through testing by U.S. Centers for Disease Control and Prevention, the Virginia Department of Health said in a statement, Reuters reported.