Shares
The U.S. Air Force will send six F-15s to Finland this spring for exercises about 100 miles from the border with Russia 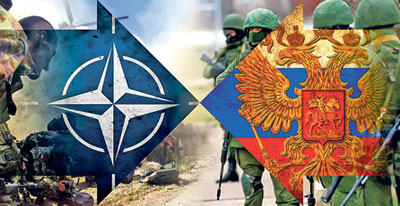 The six jets from the 173rd Fighter Wing at Kingsley Field Air National Guard Base in Oregon will fly training missions with Finnish forces as part of Operation Atlantic Resolve, which the United States initiated in 2014 to reassure NATO allies after Russian military intervention in Ukraine, CNN reports.

The United States requested the exercises, said Maj. Sheryll I. Klinkel of U.S. Air Forces Europe. Though Finland is not part of NATO, it shares an 813-mile border with Russia and has worked with the United States several times in the past few years.

“Most of that training has been flown from Norway, Sweden and other neighboring nations. However, we have never had F-15s conduct a training deployment to Finland,” Klinkel said.

About 100 airmen from the Oregon base will accompany the jets for the May 9 to 22 deployment, said Master Sgt. Jennifer D. Shirar of the Oregon Air National Guard. The U.S. troops will operate out of Kuopio, Finland, which is about 100 miles west of the border with Russia.

Russia’s increasingly aggressive behavior over the past several years has prompted several countries across Europe to re-examine their defense capabilities and expand cooperation with other nations who share their concerns, according to Stephen Sestanovich, a senior fellow of Russian studies at the Council for Foreign Relations.

“This is a strong trend in Scandinavia in particular, where countries like Norway and Denmark, which have been in NATO for decades, and others, like Sweden and Finland, which are traditionally neutral, are asking themselves: How can we work together if we come under pressure from Russia?” Sestanovich said. “And they are asking the U.S.: Will you help us send a message to Moscow?”

It should be recalled that at the Munich Security Conference Russian Prime Minister Dmitry Medvedev said his country is in a new cold war with the U.S. and its allies.