Home / US / Apple calls to form commission on encryption issues 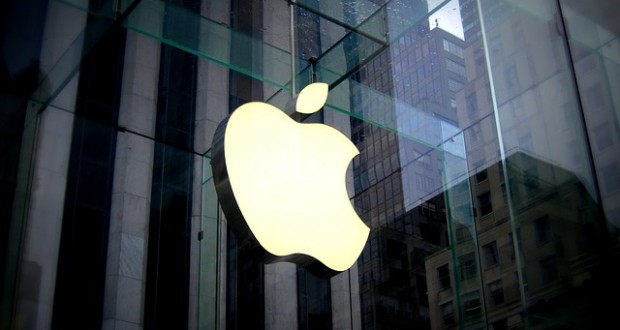 On Monday February 22, Apple Inc proposed to create a government commission or panel of experts on encryption to help resolve the standoff over national security and data privacy that began last week after the technology company refused a U.S. government demand to unlock an iPhone used by one of the San Bernardino shooters, Reuters reports.

“Apple would gladly participate in such an effort,” the company wrote in a post on its website entitled “Answers to your questions about Apple and security”. Apple Chief Tim Cook, Apple’s CEO, also sent a letter to employees Monday morning explaining the company’s position and thanking them for their support.

Such an idea is not new. A digital security commission comprising technology, business and law enforcement experts has been proposed by Democratic Senator Mark Warner and Republican Representative Michael McCaul, who chairs the House Homeland Security Committee, to help break the impasse over encryption.

The bipartisan pair is scheduled to unveil details of legislation that would create a panel at a Washington event on Wednesday.

“This case is about much more than a single phone or a single investigation, so when we received the government’s order we knew we had to speak out,” Cook said in the email to employees, seen by Reuters. “At stake is the data security of hundreds of millions of law-abiding people, and setting a dangerous precedent that threatens everyone’s civil liberties.”

In its post, Apple added that “the best way forward would be for the government to withdraw its demands” to unlock the phone. The company could not be immediately reached for further comment.

The Federal Bureau of Investigation is seeking the company’s help to access Syed Rizwan Farook’s phone by disabling some of its passcode protections.

Farook and Tashfeen Malik attacked a holiday party in San Bernardino, California on Dec. 2, killing 14 people and injuring 22. The pair were killed later in a shootout with police.

Apple has argued that while it is technically possible to bypass the security features of the iPhone by building a new operating system, such a move would set a dangerous precedent.

FBI Director James Comey published an article on the national security legal blog Lawfare late on Sunday, arguing the case was not about setting a new legal precedent but “victims and justice.”

“Fourteen people were slaughtered and many more had their lives and bodies ruined,” Comey wrote. “We owe them a thorough and professional investigation under law. That’s what this is.”

Apple said it has not unlocked iPhones for law enforcement in the past but has extracted data from an iPhone running older operating systems under a “lawful court order.”

The U.S. Department of Justice filed a motion on Friday seeking to compel Apple to comply with a judge’s order to unlock Farook’s iPhone.

“We’ve handed over all the data we have, including a backup of the iPhone in question,” Apple said in its post. “But now they have asked us for information we simply do not have.”

Some victims of the attack will file a legal brief in support of the U.S. government’s attempt to force open to unlock the phone, a lawyer representing the victims told Reuters on Sunday.