Shares
U.S. President Barack Obama has extended by March 6, 2017 a scope of the sanctions against Russia 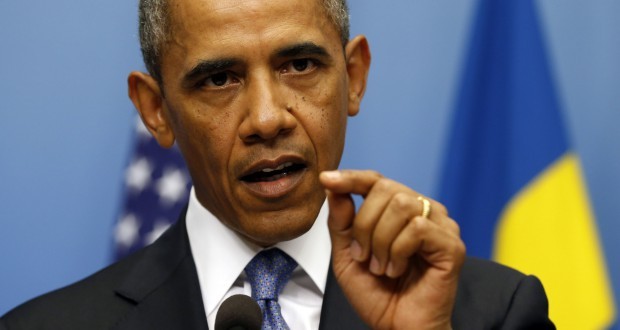 U.S. President Barack Obama has extended by March 6, 2017 a scope of the sanctions against Russia that were adopted within 2014 in light of the Russia’s aggression against Ukraine, White House press service informed, Joinfo.ua reported with reference to Interfax-Ukraine.

“The actions and policies of persons that undermine democratic processes and institutions in Ukraine; threaten its peace, security, stability, sovereignty, and territorial integrity; and contribute to the misappropriation of its assets, as well as the actions and policies of the Government of the Russian Federation, including its purported annexation of Crimea and its use of force in Ukraine, continue to pose an unusual and extraordinary threat to the national security and foreign policy of the United States,” reads the document released on White House website.

“Therefore, I [Barack Obama] have determined that it is necessary to continue the national emergency declared in Executive Order 13660 with respect to Ukraine,” reads the Obama’s memo.

So, the U.S. president extended an effect of four executive orders: No. 13660 as of March 6, 2014 on the arrest of the assets of individuals involved into suppression of Euromaidan; No.13661 as of March 19 on the sanctions against some Russian politicians; No.13662 as of March 20 on tightening of the sanctions because of Crimea and No. 13685 as of December 12 to take additional steps to address the Russian occupation of the Crimea region of Ukraine.