Shares
The United States again called on Russia to immediately free Ukrainian pilot and MP Nadia Savchenko and bring her back to Ukraine, stated U.S. Secretary of State John Kerry 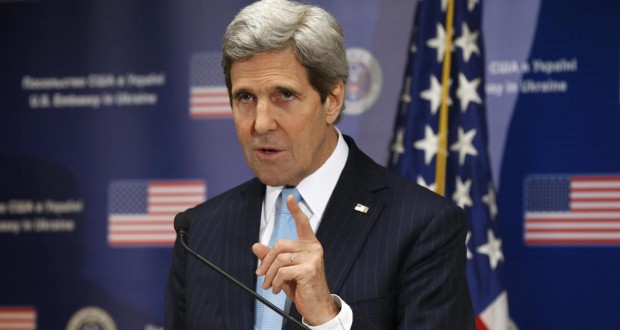 “The United States once again calls on Russia to immediately release Ms. Savchenko and return her to Ukraine,” Kerry said in a statement posted on the website of the U.S. Department of State, Joinfo.ua reports with reference to Interfax.

He expressed a deep concern about health condition of Savchenko, who has refused food and water since Friday to protest her continued detention by the Russian Federation.

According to the official statement, in the 20 months since she was captured in eastern Ukraine and taken to Russia, Savchenko has reportedly endured interrogations, solitary confinement, and forced “psychiatric evaluation.”

“Her trial and continuing imprisonment demonstrate disregard for international standards, as well as for Russia’s commitments under the Minsk agreements,” Kerry stressed.

As reported, Savchenko has been held in custody in Russia since July 2014. Savchenko said at a meeting of the Donetsk City Court on December 17, 2015, that she would be on a hunger strike until the end of the trial.

It should be recalled that Ukrainian pilot Nadia Savchenko declared a hunger strike from March 4 after the court denied her right to speak and posponed the hearing on March 9.

Besiades, Russia has not yet given permission to Ukrainian doctors to visit Savchenko in jail, as informed the Consul General of Ukraine in Rostov-on-Don Vitaliy Moskalenko.