Home / US / US investigation: ex-Putin aide Mikhail Lesin died of ‘blow to the head’

US investigation: ex-Putin aide Mikhail Lesin died of ‘blow to the head’

Shares
According to the Washington DC's chief medical examiner, a former aide to Russian President Vladimir Putin Mikhail Lesin, who was found dead in the US last year, died of a blow to the head 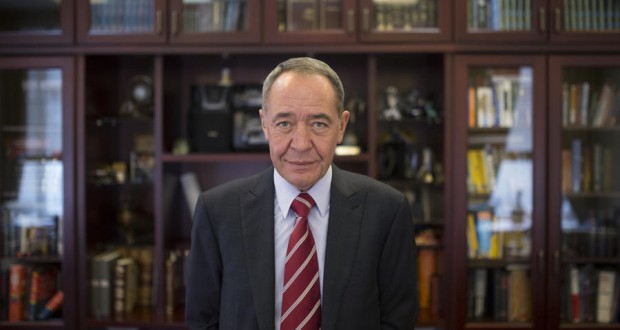 After his death, his family members were quoted by Russian media as saying that he had a heart attack.

Lesin was for a long time considered one of the most influential figures on the Russian media scene and in the corridors of power.

He worked as an aide to the presidency between 2004 and 2009, when he helped advise on the creation of the news channel Russia Today (now known as RT).

He resigned from Gazprom-Media in 2014. After his death, President Putin spoke of Lesin’s “enormous contribution” to Russian media.

The chief medical examiner provided no further details from the post-mortem examination.

He declined to say whether the post-mortem examination results meant a crime may have been committed.