Shares
20 automakers have agreed to make automatic emergency braking (AEB) standard by September 1st, 2022, representing "more than 99 percent" of the US auto market 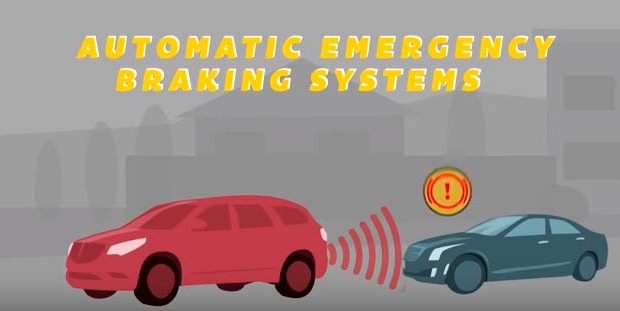 The National Highway Safety Transportation Administration (NHTSA) and the Insurance Institute for Highway Safety (IIHS) announced today that 20 automakers have agreed to make automatic emergency braking (AEB) standard by September 1st, 2022, representing “more than 99 percent” of the US auto market, the Verge reports.

NHTSA has long praised automatic braking systems as a safety win, but the technology has only recently started rolling out on a wide scale. Using forward-looking sensors, automatic braking can slow or stop a vehicle that senses it’s at risk of colliding with a car, pedestrian, or other object ahead of it, even when the driver takes no action. Like many high-tech systems, automatic braking first started showing up on luxury vehicles over a decade ago before trickling down to the mainstream; nowadays, it isn’t difficult to find a sub-$40,000 car that has it, but the agreement is intended to ensure that automakers stay on the path.

Notably, today’s announcement is strictly an agreement, not a rule — NHTSA says that the agreement will get automatic braking rolled out as many as three years sooner than it would be through a more formal regulatory process, and automakers from Audi to Tesla are all signatories to the deal. Consumer Reports has been selected to monitor the deployment of the technology — an interesting use of private resources to monitor a public deal brokered between private companies.

Automatic braking, like lane keeping and dynamic cruise control, is considered a precursor to fully autonomous vehicles. And actually, you can go back even further than these high-tech features: technologies that we take for granted these days — like stability control and anti-lock brakes — paved the way for computer-controlled cars, and some of these long-established safety technologies are already mandated by NHTSA.

Next up, NHTSA says that trucks with gross weights between 8,501 and 10,000 pounds will mostly be equipped with AEB by September 1st, 2025, three years after the first deal kicks in.